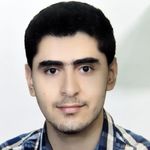 May 23, 2022
Various conditions, including infections, can cause telogen effluvium (TE). One of them is coronavirus disease 2019 where hair loss usually begins between two and twelve weeks after the illness. Here, we present the case of a 17-year-old girl with having a history of such attacks since childhood.
Acute appendicitis and myocarditis in a fatal case of multisystemic inflammatory synd...

November 12, 2021
Multisystemic Inflammatory Syndrome in Children (MIS-C) has emerged as a challenging entity during the COVID-19 era. Here, we present the first case of MIS-C comprised of acute appendicitis and myocarditis in Iran. Unfortunately, the diagnosis was made late, and the patient died following an appendectomy and extensive fluid therapy.
Comparison of clinical, serological, and radiological findings among hospitalized A-H...

November 24, 2020
Background: Despite remarkable developments in medical science, viral infections still remain serious threats to the global health system. Methods: In this cross-sectional study, we retrospectively compared the clinical, serological, and radiological findings in subjects with confirmed A-H1N1, B- H1N1, or A-H3N2 virus infection. The investigation included data on influenza patients who were admitted to the Al-Zahra Hospital, Isfahan, Iran, from September 2017 to February 2018. Results and Conclusions: Based on statistical analysis, fever was present as the most common clinical manifestation in patients with the three subtypes of influenza. Notably, the fever temperature was much higher among A-H3N2 subjects than A-H1N1 and B-H1N1 subjects (P<0.05). The A-H3N2 patients also had significantly higher C-reactive protein (CRP) levels than the other two groups of influenza patients (P<0.05). In the chest computed tomography scans, patchy infiltration and middle lobe involvement were found more commonly among A-H3N2 patients (P=0.012 and P=0.021, respectively) than patients of the other two influenza subtypes. Our clinical observations, serological examinations, and radiological findings are likely to be beneficial in managing patients with influenza and determining the need for further interventions.