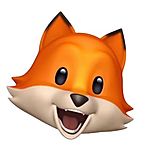 Camillo Frigeni
Designer & Didactic researcher
In the beginning there was ink and paper, then everything else arrived. Camillo - a name that he carries with pride - raised by a family of typographers, Camillo is a designer & researcher, which means everything and nothing, but for him that's ok.He lives his life between the green Bergamo plains and the dizzying cities of Northern Italy and beyond. If you have any doubts questions or curiosity he usually responds immediately unless he is riding his bike, which happens often. He has a beautiful dog named Kenai. Doesn’t bite. The Dog.
Joined Jul 2016 · Milan
Member of: Authorea Mohole Accademia Santa Giulia Vilnius Academy of Fine Arts