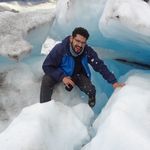 History of canids in Chile and impacts on prey adaptations

January 11, 2021
Artiodactyl prey species of Chile, especially guanacos (Lama guanicoe) are reported to be very susceptible to predation by pack hunting feral dogs. It has been previously suggested that guanacos and endemic South American deer may have evolved in the absence of pack-hunting cursorial predators. However, the paleoecology of canid presence in southern South America and Chile is unclear. Here, we review the literature on South American and Chilean canids, their distributions, ecologies and hunting behaviour. We consider both wild and domestic canids, including Canis familiaris breeds. We establish two known antipredator defense behaviours of guanacos: predator inspection of ambush predators, e.g. Puma concolor, and rushing at and kicking smaller cursorial predators, e.g. Lycalopex culpaeus. We propose that since the late Pleistocene extinction of hypercarnivorous group-hunting canids east of the Andes, there were no native species creating group-hunting predation pressures on guanacos. Endemic deer of Chile may have never experienced group hunting selection pressure from native predators. Even hunting dogs (or other canids) used by indigenous groups in the far north and extreme south of Chile (and presumably the center as well) appear to have been used primarily within ambush hunting strategies. This may account for the susceptibility of guanacos and other prey species to feral dog attacks. We detail seven separate hypotheses that require further investigation in order to assess how best to respond to the threat posed by feral dogs to the conservation of native deer and camelids in Chile and other parts of South America.