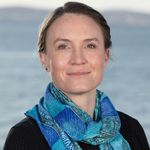 Research Fellow
Dr Kirsty Nash is a Research Fellow at the Centre for Marine Socioecology in the Institute for Marine and Antarctic Studies. She is interested in the resilience of marine ecosystems and the functional and spatial ecology of fishes.
Joined Oct 2020 · Hobart
Member of: Future Seas

Oceans and Society: Feedbacks between ocean and human health

October 02, 2020
The concentration of human population along coastlines has far-reaching effects on ocean and societal health. The oceans provide benefits to humans such as food, coastal protection and improved mental well-being, but can also impact negatively via natural disasters. At the same time, humans influence ocean health, for example, via coastal development or through environmental stewardship. Given the strong feedbacks between ocean and human health there is a need to promote desirable interactions, while minimising undesirable interactions. To this end, we articulate two scenarios for 2030. First, Business-as-Usual, named ‘Command & (Out of) Control ’, focuses on the anticipated future based on our current trajectory. Second, a more sustainable scenario called ‘Living & Connecting ’, emphasises the development of interactions between oceans and society consistent with achieving the Sustainable Development Goals. We describe a potential pathway to achieving the ‘Living & Connecting’ scenario, centred on improving marine citizenship, achieving a more equitable distribution of power among stakeholders, and more equitable access to resources and opportunities. The constituent actions of this pathway can be categorised into four groups: (i) improved approaches to science and health communication that account for society’s diverse values, beliefs and worldviews, (ii) a shift towards more trusted relationships among stakeholders to enable two-way knowledge exchange, (iii) economic incentives that encourage behavioural changes necessary for achieving desired sustainability outcomes, and (iv) stronger regulations that simultaneously focus on ocean and human health. We contend that these changes will provide improved outcomes for both oceans and society over the UN Decade of Ocean Science. Developing Achievable Alternate Futures for Key Challenges during the UN Decade of Oc...

October 02, 2020
The oceans face a range of complex challenges for which the impacts on society are highly uncertain but mostly negative. Tackling these challenges is testing society’s capacity to mobilise large-scale transformative action and engendering a sense of ‘doom and gloom’. Envisaging positive but realistic visions of the future, and considering how current knowledge, resources, and technology could be used to achieve these futures, may lead to greater action to achieve sustainable transformations. The Future Seas project (www.FutureSeas2030.org) aims to leverage interdisciplinary knowledge to improve society’s capacity to purposefully shape the direction of marine social-ecological systems over the UN Decade of Ocean Science for Sustainable Development (2021-2030). Teams comprising researchers across career stages, Indigenous Peoples and environmental managers, collaborated over a series of workshops to develop narrative futures for 12 Key Challenges facing the oceans. We focused the narratives on two futures: our current trajectory based on published evidence, and a more sustainable future, consistent with the UN’s Sustainable Development Goals, which is technically achievable using existing and emerging knowledge. Presentation of Business-as-usual and More Sustainable futures - together - allows communication of both trajectories, whilst also highlighting achievable , sustainable versions of the future. The advantages of the interdisciplinary approach taken here include: (1) integrating different perspectives on actions and solutions, (2) capacity to explore the interactions between Life Under Water (Goal 14) and other SDGs, and (3) cross-disciplinary learning. This approach allowed participants to conceptualise shared visions of the future and co-design transformative pathways to achieving those futures.