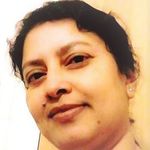 Scientist
Indrani is a climate scientist and undertook her PhD at Imperial College, London, within the Space and Atmospheric Physics Group. Since receiving her PhD, she has worked in various research organisations including Imperial College and the University of Exeter and has also previously worked for the India Meteorological Department. She has 36 first/single-authored publications in the Web of Science and she achieved outstanding reviewer status by Elsevier. She is a peer review college member of the Natural Environmental Research Council (NERC) peer review college. She is also a member of the Global Risk Assessment Framework (GRAF) expert Group of the United Nations Office for Disaster Risk Reduction (UNDRR).
Joined Jun 2020 · uk
3 Publications
0 Connections

Combating COVID-19 Temperature could be a key

July 07, 2020
A document by Indrani Roy, written on Authorea.
COVID_PowerPoint_Presentation Influence of Temperature on the Global Spread of COVID-19