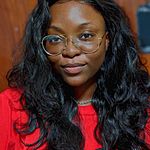 A  book review of Punishment in Disguise:  Penal Governance and Federal Imprisonment...

March 03, 2020
The systematic oppression of women is common across various aspects of our society and this includes prisons. In a bid to shed light on the treatment of incarcerated women, Kelly Hanna-Moffat, a professor in the University of Toronto, explores the modern prison systems for women. She particularly analyzes how the introduction of women as staff in the prison system brings about reformist modifications and new interactive norms by incorporating maternalism and feminism into penal reformative measures (19). However, she makes a clear distinction between maternalism and feminism by stating they could be exclusive. Maternal reformers such as Elizabeth Fry commonly chose to not identify with the feminist movement (25). Though, she states that those who lobbied for women’s rights were often at the forefront of the advocacy for reforms.       Hannah-Moffat starts with a brief breakdown of historical attempts at reforms and expatiates on how prisons were historically set up to suit male specifications through the eighteenth to twentieth centuries. This negatively affected imprisoned women as the patriarchal prison system failed to accept that they would have to cater to their needs separately from the male prisoners. Using Foucault’s argument as a reference, she recognizes that previous scholars did not realize or acknowledge that “spiritual and maternal rationalities play a critical role in shaping the governance of women prisoners.” (22).        In addition, Hannah-Moffat expands on different demographic power structures that existed between women in this system. She gives a brief history of maternal power and its dichotomy of the ideal woman and the fallen woman. The ideal woman being society’s stereotypical woman, one that is family oriented and interested in the wellbeing of society as opposed to the fallen woman who did not hold such virtues. Elizabeth Fry, who was privileged to be acknowledged by society as one of the ideal women made use of both maternal and pastoral power.      Foucault defines pastoral power as an individualized “technique orientated towards individuals and intended to rule them in a continuous and permanent way” (33). Foucault likened the person in possession of such power to the biblical idea of a shepherd catering to the needs of his sheep through personalized methods. Hannah-Moffat uses this definition to make a connection between Elizabeth Fry’s interest in the fallen women in the penal system and the beginning of reforms in prisons. The first significant reform is marked with the increased requests for soap by the women in jail so they could keep their kids clean. Following this, was the development of schools for the children and subsequently for the women. A major driving force for Elizabeth Fry’s desire to help the incarcerated women was her worry that the children of these women would end up as hazards to the society as a result of being around their mothers (37). Noticeably, reform was centered around domestic issues during this period. This eventually broadened to include political and socio-economic activity in the following century (39). Fry spearheaded the push for women staff in prisons based on the premise of maternalism and the potential for male staff to misuse their power by abusing the women entrusted in their care. She also makes sure to recognize the impact of the influence of the upper and middle class women in reforming penal governance.        Hannah-Moffat uses the first chapter to show the role of women in progressive prison reforms. Although she explicitly identifies the need to combine various powers together to achieve reforms, she downplays the role of the patriarchal system in slowing down the efforts of women reformers. Though she does state that those with feminist ideologies were more likely to challenge the system for reforms, she does not emphasize the similarities between feminism and Elizabeth Fry’s beliefs about what women should be doing. Elizabeth Fry believed women should be given the opportunity to get an education and skills to improve themselves. She also recognized the economic and political power women held in society and used it as a leverage for reforms. Furthermore, Hannah-Moffat fails to state the probable consequences of reforms to women. For instance, the increased comfort may contribute to a rising crime rate amongst women living in poverty who may see prison as a better lifestyle option. Toward the end of the book she states that more women are being classified as risky as opposed to a decade ago where they mostly proved a risk to themselves and not society at large (186).        The following chapter dives into the adoptions and adaptations in the penal policy during the nineteenth and twentieth century. At this period in time, there were women wardens and efforts to improve the brutal prison conditions women were subject to. It was recognized and accepted that the prison system was one designed to accommodate men thus there was a push to restructure a system that was suitable for women (51). While chapter two features a push to a different penal structure for women, chapter three is where it comes to actualization. The incarcerated women were moved from a female unit at Kingston Penitentiary where a majority of them were placed to a Prison for Women. The following chapters focus on the rising qualifications needed to secure posts as women wardens or facilitators. In the conclusion, Hannah-Moffet rightly notes that a few of the changes are yet to be overtly addressed but instead are “neutralized to present the appearance of change without addressing many underlying problems” (199). In other words, she points out that federal systems do a good job in concealing the problems to a minimum in order to disguise their inefficiencies in handling them.ReferenceHannah-Moffat, Kelly. (2001). Punishment in Disguise: Penal Governance and Federal Imprisonment of Women in Canada. Toronto: University of Toronto Press.
Impacts of Ontario Legislation (Bill 148 and 47) on The Gender Gap and The Glass Ceil...