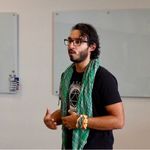 October 30, 2018
Review authored by Marielle Cavrois, Nadia Roan, and Ibraheem AliGladstone Institute of Virology and ImmunologyUniversity of California San FranciscoThis is a journal club review of Systems analysis by mass cytometry identifies susceptibility of latent HIV-infected T cells to targeting of p38 and mTOR pathways. Fong et al. 2018. bioRxiv doi: https://doi.org/10.1101/371922  Fong and colleagues present a very interesting study investigating signaling pathways and biomarkers that are dysregulated in cells exposed to HIV-1. Using a combination of mass cytometry and pharmacological approaches, the authors find that HIV-1 exposed cells are sensitized to cell death caused by T cell activation through disruption of the p38 and mTOR signaling pathways, and then demonstrate that ex vivo treatment of cells from ART-suppressed HIV-infected individuals with drugs targeting these pathways can decrease the proportion of latently-infected cells. This study is of importance as finding ways to therapeutically eliminate latently-infected cells is needed. Major Comments: Use of CyTOF to study the intracellular signaling pathways elicited during HIV infection is a valuable approach to identify novel ways to target HIV-infected cells therapeutically. Targeting intrinsic cell death pathways in latently-infected cells is an exciting approach to try to eliminate the persistent reservoir. However, since the majority of the experiments conducted were in vitro, and many in vitro models of HIV latency exist, the paper would benefit from a more thorough explanation and justification of this particular model of HIV latency. For example, Figure 1A could have more clearly delineated the experimental timeline of infection and stimulation (e.g., illustrating the fact that two rounds of stimulation were used: one to render cells permissive to infection, the second to reactivate latent cells). This would have been more helpful than images depicting the barcoding and cytof methodology, which could be described in the methods section. Furthermore, it should be acknowledged that the HIV-exposed cells consist of 3 cell populations: those that are productively infected, those that are latently infected, and those that are exposed but remain uninfected (broadly termed “bystander cells”, which can include both cells that fused to virus as well as those that did not). It is important to note that when the authors restimulate the HIV-exposed population of cells, they are restimulating a mixed population of these 3 populations, which can interconvert (e.g., p24- can become p24+). (As a side note, the cells should be called p55Gag – vs. +, since intracellular Gag is not p24). This, along with the fact that p24- cells may be predominantly bystander cells and not latently-infected cells, makes it difficult to assess how specific the identified signaling pathways are for latent cells. Also, the authors should clarify why they used different sets of subpopulations in different sections of the paper: sometimes, analysis was performed on the bulk population of HIV-exposed cells, other times on gated populations of p24+ vs. p24- cells.One valuable tool that exists in the field are the so-called dual-reporter viruses, that distinguish between latently- vs. productively-infected cells, \cite{Battivelli2018,Calvanese2013}. The in vitro part of the study could be markedly strengthened by validating the main results through use of such a system, or another system where a pure population of latently-infected cells can be obtained. One of the main readouts the authors used for sensitization to cell death in HIV exposed cells was Cleaved Caspase 3 (CC3). It would have benefitted the reader to have seen the gating strategy leading up to the population of cells that did or did not express CC3. In particular, it is important to know whether cells were gated from the live population as assessed by a viability dye, since dead/dying cells tend to be non-specifically sticky to antibodies.  Additional markers of cell death would have also been valuable in the FACS and CyTOF analyses. DREVI appears to be a powerful tool to infer associations and identify signaling pathways in play, but as many are not familiar with the nature of this analysis tool, a more thorough explanation of how it works, how it should be interpreted, and how it reveals insights that couldn’t be deciphered from the original datasets, would be helpful. Additional Comments:Regarding Figure 1B, were the productively-infected population pre-gated on the CD4- cells? (since HIV downmodulates CD4 upon productive infection)  Regarding Fie. S1E, are all the position Gag+ cells also expressing TAT?  On a minor note, the text Page 5 line 8 should be edited to read Figure 1B There appears to be overlap between the populations labeled as Uninfected (UI), Exposed-Uninfected (EU), and Latent Infected (LI) (Fig. S2, Fig. 2D-F). As indicated above, the LI contains many bystander cells, a fact that should be taken into consideration during the analysis. What is the advantage of analyzing the data in the way presented in Fig. 2E-F over the methods shown in Fig. 2C? Could the authors give their thoughts as to why p-S6 is only upregulated in only a subset of actively infected cells? In Figure 3E it would have been helpful to have known how many donors were used for each of the conditions in these experiments. In Figure 5 the authors should comment on the dosage of ganetespib and INK128 used and whether these concentrations are those that can be achieved in vivo, and the extent to which these doses were cytotoxic. Cell viability info would have been particularly helpful for Fig. 5 G-H since it appears that the treatment preferentially kills latently infected cells. It is important for the reader to know what is the extent of cell death observed after the 3 days of treatment with ganetespib, INK128, or a combination of the two. The authors could also comment on whether pre-treatment with ganetespib and INK128 might affect the ability of cells to be effectively stimulated by PMA/ionomycin as done in TILDA, since these treatments may target similar pathways? On a minor note there is no panel J in Figure 5 (see text page 14).